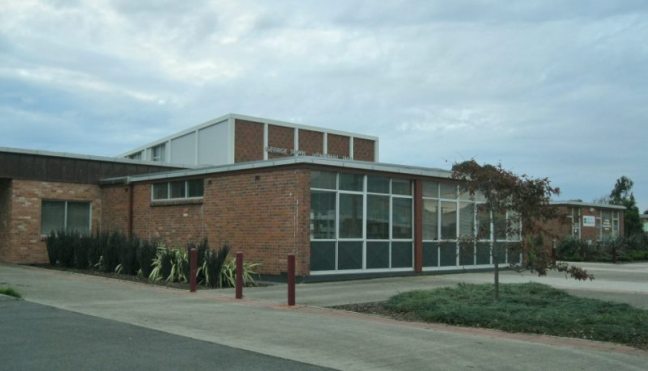 Anyone with a strong connection to the George Town Council area is invited to enter Lighthouse Regional Arts’ annual local art exhibition – any medium. There is a gala opening (by invitation) on Friday evening 11 November and the exhibition is open to the public the following Saturday and Monday to Friday. This is Lighthouse Regional Arts’ major contribution to the George Town community’s 2016 FOUNDERS FESTIVAL throughout November – December. Find out more about entering here.

ABOUT THE HALL
George Town’s War Memorial Hall was built in 1959 to replace the earlier wooden hall built in 1900 on the centre of the Macquarie St frontage of our heritage listed Regent Square – the oldest public park in Tasmania – planned in Dec 1811 by Govr Lachlan Macquarie when he planned and named our town after King George 111, as the future Chief Settlement of northern Van Diemen’s Land. The town was built to his plan by 1819, but the administration was moved back to Launceston in 1825. The hall included the Council Chambers until 1970s and the library until recently. It has been the centre of most of the town’s celebrations, cultural events and community gatherings. It received a major up-grade in 2008 with a large stadium addition added to the western side. The local Tamar FM radio station now has a home in the vacated library and the RSL is using the Macquarie Meeting Room. The popular Tamar Valley Folk Festival is also centred in and around the Hall in mid January each year.

Regional Arts Victoria is an independent, not-for-profit, membership-based organisation working in long-term partnerships with every level of government. We support policy development and decision-making across multiple portfolios and all levels of government.